A sunny walk in May 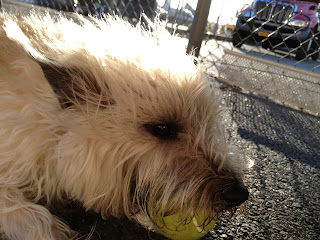 The rainy dreary days finally seemed to take a break, so Petey and I headed down to the dog run in the Hudson River Park.  Lots of people ask me what it's like to own a dog in New York- where does he play? Where does he go when he's out on a walk? I've even been asked if there are trees in the city. 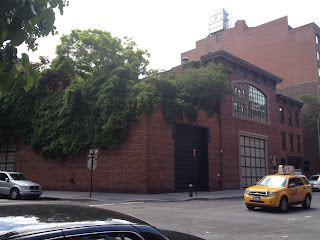 First off, the streets of the West Village are tree-lined. Pear and linden trees that blossom in the Spring and fill the air with scent in the Summer.  This building is Donna Karan's late husband's sculpture studio. It's now home to her Urban Zen store and foundation, but what is truly spectacular is the massive garden on the roof. Enlarge this photo and you'll see there's even a full-size tree up there. 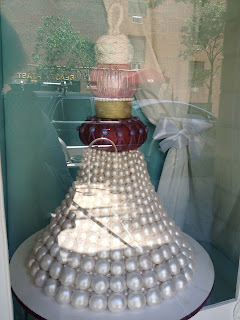 We passed this little bakery with it's amazing cakes! Kind of hard to get a good shot with the glare off the window, but I think you can get the idea. Astonishing the artistry of cake frosting! 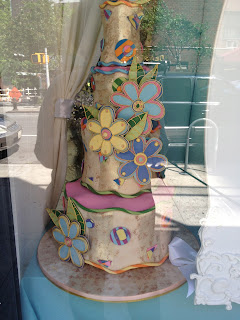 Fed up with traffic in the City? Then hop on a water taxi! It's really one of the least expensive ways to see the city waterfront, including the Statue of Liberty and a great way to get a sense of New York as a port. 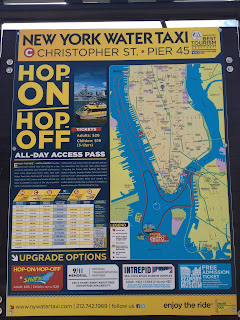 One World Trade Center, previously referred to as the Freedom Tower, is rising quickly from Lower Manhattan. While it will never erase the memory of the tragedy of September 11, it is comforting to see that gap in the skyline slowly filling again. 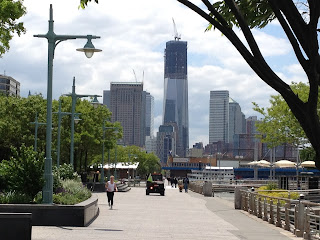 To give you a sense of the tower's progress, here is a rendering of what it will look like when it is completed in 2013. With the spire, it will be 1,776 feet tall - a reference to America's independence date - and the tallest building in the Western Hemisphere (3rd tallest in the world). 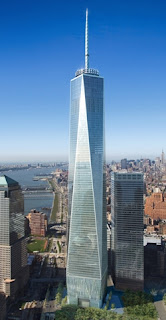 I had an out-of-town houseguest last weekend who mentioned that she'd still feel uneasy going up in it.  I can understand. The first time I went up into the Empire State Building after 9-11, I was a bit nervous. Of course, I was going to go see my income tax accountant... 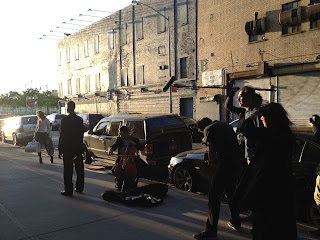 One of my friends was involved with a fashion video shoot yesterday. I think the lighting here is so beautiful.

Finally, I couldn't resist taking a photo of these beautful fresh strawberries, the first of the season.
Happy weekend! 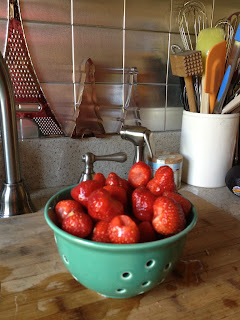 Petey, thanks for showing us around town. We'd love to visit some day!

Thank you for that delightful walk, Jane and Petey!

Petey: You New Yawk doggies are lucky. We enjoy seeing your city on your walks, wish we could share.

So nice to hear from you. We just love your New York pics. The human will visit one day!
The tree growing on the roof was amazing. Our new house has some plants growing inside.
We sadly are having to remove them. We hope Gail survives!
Love
That Aunties cc

That is some roof garden. But we can't help worrying about the roof's structural integrity....

Thanks for sharing the lovely photos. It was such a beautiful and sunny day you had for some walks. It was great joining you for your travels around town. Have a wonderful rest of your week.
World of Animals