The Sunday before we left Hilton Head for New York, I went to the annual Marsh Tacky Races on the beach, as a part of the Gullah Festival. The Marsh Tacky is a plucky pony and the State Heritage Horse of South Carolina. Marsh Tackies' lineage is attributed the horses the Spanish conquistadors brought to the islands in the Low Country in the 1500's. They lived in herds and were rounded up when horses were needed for riding, plowing, etc. They are naturally adept to maneuvering in the swampy environment of the Low Country.
As automobiles became more available, the Marsh Tackies dwindled and by the 1980's, they were thought to possible be extinct. Today, they are an endangered breed, with an estimated 150 purebred Marsh Tackies in existence.
A tradition that used to be held on Christmas day has recently been revived as a conclusion to the Gullah Festival—the Marsh Tacky Races on the beach. It was an absolutely gorgeous day, with the sea sparkling, dolphin peeking up at the crowds from the waves and over 5,000 bystanders on hand to cheer on the 22 ponies in the races. 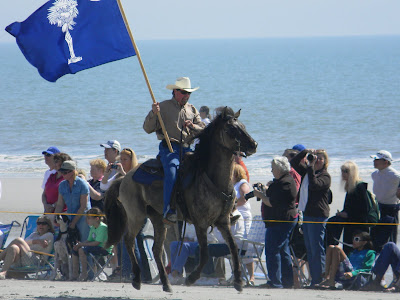 The event began with a parade of the horses competing in the races. There were several heats one for stallions, and several for the mares and for the geldings. 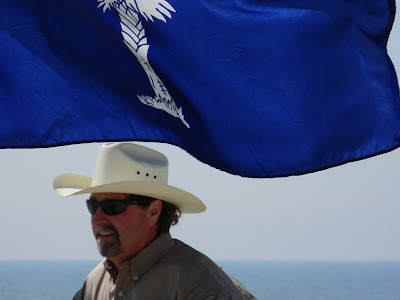 You can learn more about marsh tackies at www.marshtacky.org. 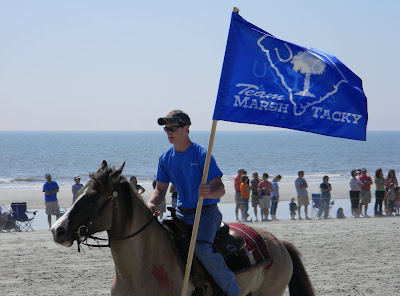 One of the favorites of the day was a feisty mare named Molly. She was also the oldest horse in the race at 22—two years older than her rider Brittany! 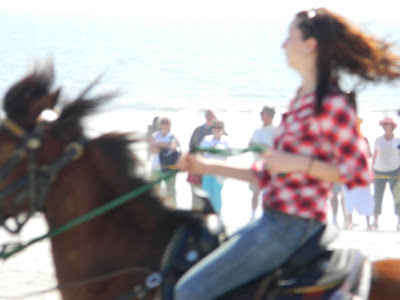 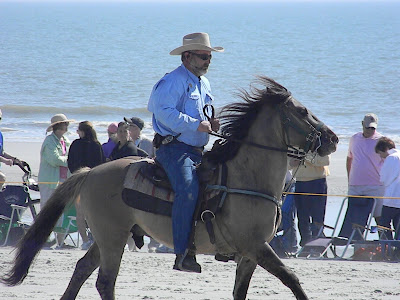 And the races are on! 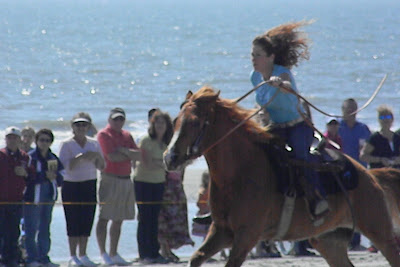 This young girl was one of the youngest riders (and the only one to wear a helmet! I was shocked that helmets weren't required as the sand is as hard as cement if you fall off.) 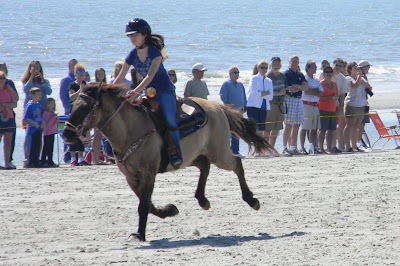 Three beautiful chestnut-colored fillies on their way back to the starting line. 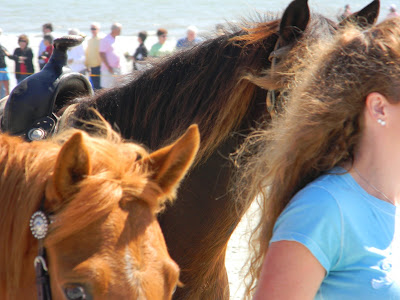 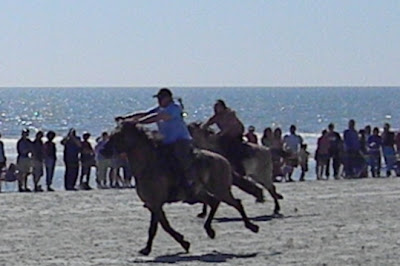 These two little girls were cheering on Molly. She won her heats and captured the Mares category. 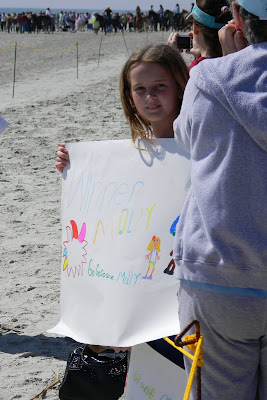 Just a few more heats. Good thing as the tide was quickly coming in! 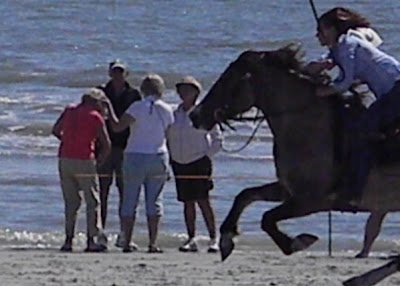 Several ladies were wearing rather unusual hats - when asked they told me that they had designed "tacky" hats for the occasion! That explained the fly-swatters, plastic flowers, toilet paper and even a garter belt festooning hats! 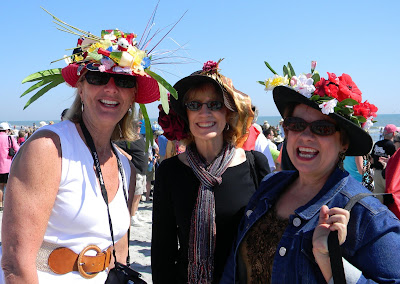 And the clear winner (against a 2-year old stallion and an 8-year old gelding) is MOLLY!!!
Girl power! As the announcer said with his wonderful Gullah-accent "That Molly beat those boys fair and square. Just shows you don't want to mess with those old ladies!" 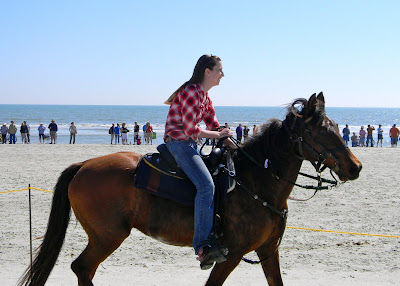 Many of the horses and riders posed for photos (and for the horses to get their noses rubbed) after the race, including Brittany and Molly. 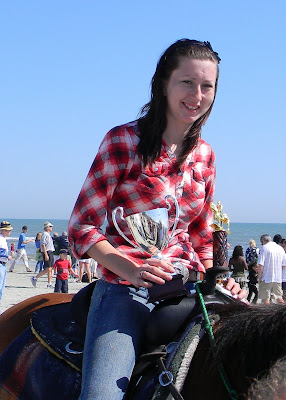 When Molly's not racing, she is used in Civil War reenactments and was wearing the authentic tack from the 1860's. 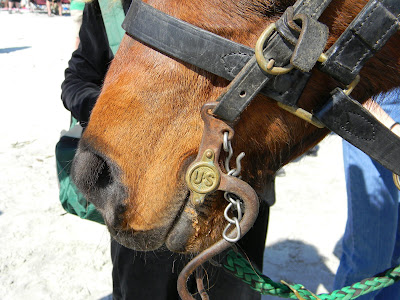 It was an all-around fantastic day - we followed up the races with a long barefoot walk down the beach to visit my friend Pool Bar Jim for a refreshing "Roseanna Banana Kabana" - a perfect frozen concoction of kahlua, coco lopez and bananas - it's a very adult milkshake!
Now we're back in New York - cccccold! - but Petey's only complaint is that his favorite stores all seem to be out of cookies. Off to Italy next week, may not post until I get back but guarantee lots of photos then!
Posted by Unknown at 9:37 PM 10 comments: