True to his word, my bestest best pal Eric managed to squeeze himself into his Mommy's handbag to make the trip to New York! 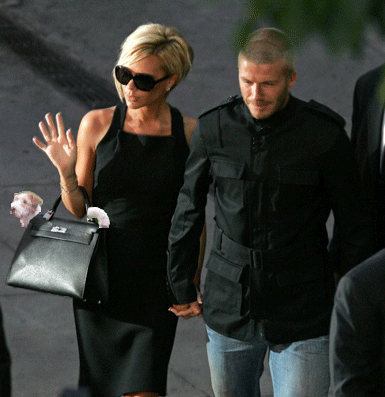 It was indeed a bit cramped in there, so his Daddy rescued him a few hours into the flight so he could stretch out and have a bit of legroom. 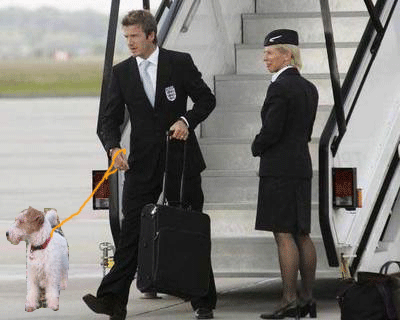 Unfortunately, when Eric's 2-leggeds (they told us to call them Davy and Vicky...real down-to-earth folks!) arrived at their hotel, they discovered not all their luggage had made it! It's a good thing Eric tucked his coat into Mommy's handbag at the last minute. 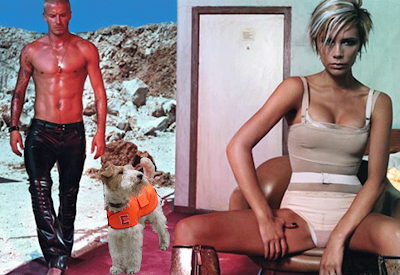 After finding some proper togs for Vicky, we headed out to a fashion show. From left to right you'll see Asta and her Mommi, my Mommy and me, and Vicky and Eric. I don't know why they call it a catwalk though, as there was no sign of Mica or Otis.... 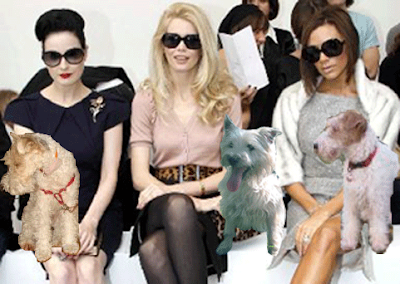 After a plate of Snausages and a couple of O'Drools, we headed over to Central Park with Eric's Daddy Davy to play a little ball. It was only 16-degrees out with the windchill, yet Davy didn't seem to mind wearing shorts as he played with us. 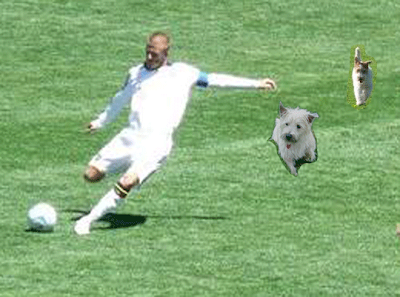 The thousands of ladies (and a few gents) who stood screaming on the sidelines and throwing their panties at him didn't seem to mind his attire either...
He did seem to get a little hot-headed though when I wouldn't drop the ball. Jeez! 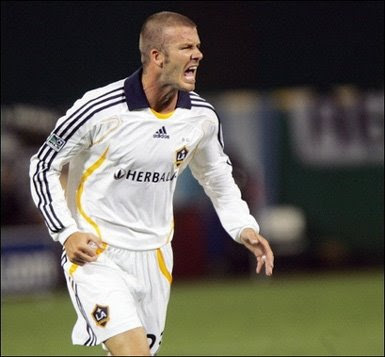 Over dinner, Eric shared some photos of his Square House. This isn't where his 2-leggeds live. Just Eric. Otis has his own place too, with more trees to scratch and a sandbox instead of a swimming pool.

We had a great time with Eric, Davy and Vicky. Before they left, they gave us this photo of them with the Zoomer taken this summer near the White Cliffs of Dover. Apparently, the White Cliffs have gotten a bit dingy, so we sent them back with some Oxy-Clean. 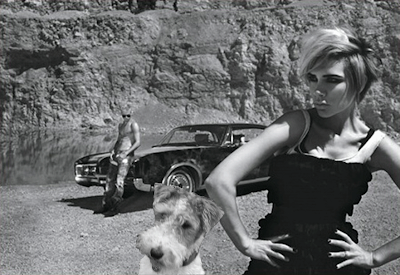 Now on to France to meet Tom, Sen-Chan and Tama-Chan and their Mom!

Petey! You have a fabulous life. I'm even a wee bit envious.

I'd be happy to be walked by David B!
Kisses and hugs
Lorenza

Petey.Eric here from the safety of Mom's handbag. Dog, Petey what am I to do?

Mom's real mad bout those girls throwing their panties at Daddy... says the only throwing she's done lately is throwing up. Then Daddy is real mad with you Petey for not letting go of his golden balls when he shouted "Off Side Woof"

Since our meeting,Mom has done nothing but bang on about your Mom and Asta's Mom ,and how glamorous and groomed you NY broads are- when all her photo's show her needing roots done.She's been wondering if that Sarah woman's stylists can give her a hand as they must be out of a job now?

Still on the bright side Sporty is back on the payrole. Mom is getting her to absail the cliffs to give them a good scrub up..says she's probably not much else on at the moment so cleaning at £10 an hour will do nicely.

Oh and anytime you fancy a pee in my pool at Square House, I'll send the chopper for you.

omdog, your humans are so handsome! we posted a pic of our people on our blog today and boy are we embarrassed!! Looks like you guys had a great time, I sure hope they come visit me sometime soon.

Petey
They suwe awe pawtastic awen't they???
I loved meeting them and was soo glad Ewic managed to squeexze into that old bag of Vickys.
Hhow was youw head today??
I pwobably shouldn't have had that sixth pawtini, heheh hick
love
smoochie kisses
ASTA

OMD...I have NO idea why Mumsie is crumpled on the floor hysterical at your blog...AGAIN...

I don't even know what to say Petey....those pics!!! No darn wonder Eric's so handsome....

I bet that ruffled panty scene at the park was entertainin'...Mumsie sez she's sorry she missed it!!!

Oh..BTW, Petey...Lacie had a rather traumatic night...please do NOT say it's becuz her butt's too big, but you better come and lookie at the pix...

Hey were up for a tour of the decorations...let us know!!!

That pic of you in ur shorts, Petey...have ya gotten taller???

Petey, I'm thinking it might be a good idea for you to avoid our blog today...I'm rather tired right now after my twaumatic experience....

I love it!!! ...so do you think "Vicky" will ever tell us if "they" are real or not??....hee hee...mom is soo green with envy...but at the same time is very happy that you are having such a wonderful time!

Petey- I thought I recognized you from Access Hollywood and Extra Extra! Don't you have a reality show.... Petey's fabulous life?