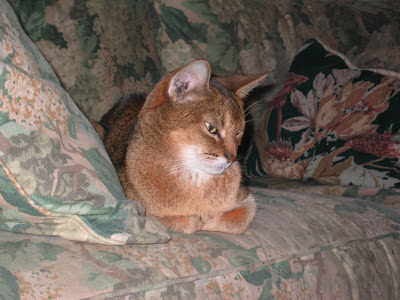 Sorry for the delay in what I find to be the most stimulating post of the week: Mica Monday!
Petey has been kind of a computer hog, lately, what with all his dates on The Bow-chelor.  But more about that later... 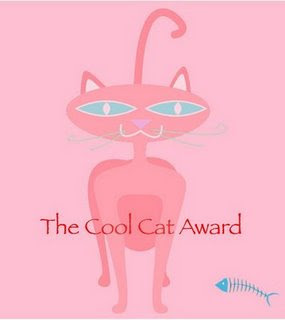 First I want to thank my handsome, suave, sophisticated Aby brother in France —Sen-Chan—and his loyal dog champion Tom for this, my very FIRST award! Sure, we've received some very nice awards for the blog, but this one is just for me and it is very special indeed. I love it!
I would like to pass it along to my newest cat friend MoMo. I'd also like to give this award to Jackson. Now I know he's a wire fox terrier, but anyone who knows Jackson knows he is one COOL CAT!
Now, I'd like to introduce you all to someone very special. After Betty went to the bridge, her Mom was so sad not to hear the clicky-clatter of little terrier toes on the parquet that she went and found herself this 4-month old short-legged Jack Russell puppy... 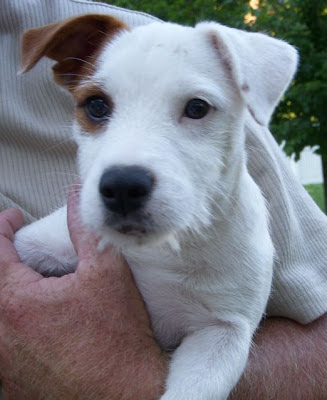 BIANCA!!!
Now that licorice nose and those melting brown eyes can warm even the heart of this old tomcat. Isn't she the cutest thing? And look at the color brown around her eye and ear - I think she may have some Abysinnian in her....
Here's what her Mom had to say about her:
"She is currently studying basic Mandarin and Urdu and should gain proficiency by December. She twirls batons in her spare time, makes a mean Jello and spends her free hours under cover for the CIA investigating the break up of Patch and Kayla on Days of Our Lives."
That's one busy pup!
Now, I was nosing around the bed last night, looking for a cool corner to sleep, and I found this dog-earred volume under Petey's blanket. 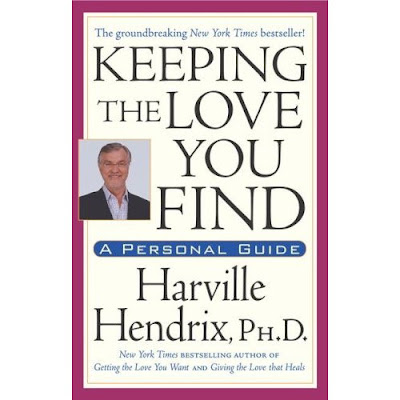 More investigation revealed this... He'd actually made notes in the margins! 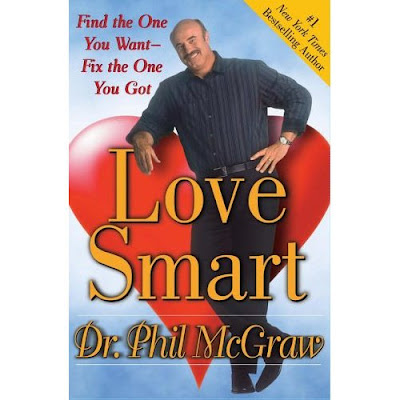 Of course, I think this is the book he should really be spending the most time studying! 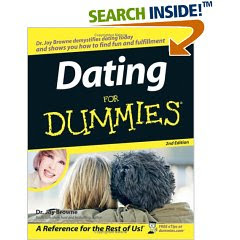 The poor little fella was kind of distraught. "Mica," he said, "I've been on three great dates now and had a wonderful time with each of these beautiful ladies, but how do I know if they like me?"
"Well," I said, polishing my whiskers, "Have they dropped off any bacon brownies because 'they just happened to be in the neighborhood and remembered how much you like bacon?'"
"No," he replied a bit wistfully.
"Has the phone rung, then when you pick it up, you hear just a hint of distant giggling before it's disconnected?"
"No, not once."
"Have you seen them walking past our house 'accidentally on purpose?' Notice any pee-mails on your walks?"
"Nope, not a one." The poor little guy let out a huge sigh and flopped over on his side. 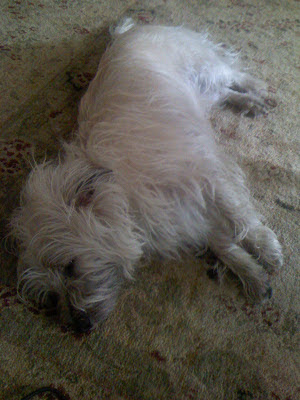 "Buck up, old boy," I said, "these are modern girls you're dating. They've all been to Obedience School, read The Rules, watched The View...
"Wait just a minute!" I thought, "I know exactly who can coach Petey! Why, in no time, he'll have these ladies eating out of his paw!!!"  And with that, I placed a very important phone call to: 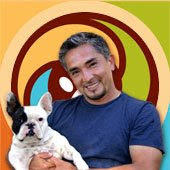 He still has a few more dates to go on before the Final Rose Ceremony. We'll see if his luck doesn't improve now!

We were looking out for your post yesterday, Mica, and are very happy to see it now, even thought it's a little late!

It sounds like you are being an extremely kind brother to love-lorn Petey. I hope he listens to all that good advice!

What a cute puppy! I bet Bianca is excellent at chase at bitey face. You're so lucky!

Good luck getting the ladies. Shall I have Big Pupi send some advice your way? He's something of a ladies' man. Me... not so much.

Mica,
Congrats on yer award....yep I think ya need ta have a good talk with Petey about all those girls he's squirin' around town...readin' up on datin' is he? Hope he remembers what all he reads in those books there.

The Jack Russell is really cute but she needs ta watch TV a bit more cause Steve and Kayla are doin' fine with their new little baby now home from the hospital...it's John and Marlana that are cause for worry....

Bianca is beautiful! It sounds like she has so much happening that she needs to start a blog.

I'll bet the Dog Whisperer can help Petey out.

Mica
Congwatulations..that is indeed a cool awawd, and knowing you as I do, I know you desewve it!!!
You awe such a sweetie to Petey..tell him to cheew up..youw advice is pawfect.

I can hawdly wait to meet Bianca..although if she's that gifted, I'm not suwe she'll talk to me
smoochie kisses
ASTA

Hey Mica, Congrats on your award pal. I'm very touched that you've passed it onto me! I hope your cat pals won't be too horrified, hehehe!
Wow, Bianca sounds like one busy pooch. What about pairing her up with Petey, or is she too young for him? J x

Cool award for a cool cat Mica. That's good advice you gave Petey but I think he needs to concentrate his efforts with the ladies closer to home - in fact right under his nose...onto the cute button nose of a certain Bianca. Tell him to take up baton twirling while talking Urdu and eating Jello... what dog wouldn't be impressed? Yep, ,...even me...

It sounds as IF you are giving Petey good advice.

Congratulations on the cool cat award.

Bianca is a cutie-pie, we are glad Betty's Mom got her. When Whiskers went to the rainbow bridge (pet food recall-hiss) our family was very sad. They adopted Scylla & Charybdis. While they will never take Whiskers place in our hearts they have made their own place and they kept Mommy so busy she didn't have time to sit around and cry.

Hi Mica, Congrats on your award.
My name is Mango the Maltese kiddo, I come over to shake hand with the handsome bowchelor Petey.

Mica!!!
That is way awesome that you got your very own special award! Not many of us four legged humans get one of those!

If Petey is going to be dating more...maybe you should start quarting some kitty friends! Heheheeh!

Hi Mica!
Congratulations on the award!
Bianca is such a CUTIE!
Aww.... and tell Petey to relax and not stress too much about dating. Tell him that he needs to be himself and that's all. I bet all the gals he's gone out with like him!
Wags and licks,
Maya and Kena

Bianca is so cute.
Congrats on the award Mica.

You are such a caring sissy to Petey.

Hi, Mica!
Congratulations on your award!
Bianca is sooooo cute!
sure is nice that you give those advices to Petey but I wonder how many dates have you had lately?
Kisses and hugs
Lorenza

Oh my gosh...Bianca is adorable...

Congrats on your Award...

Scruffy here...Lacie is um a bit indisposed at the time...and she's GROUNDED... for her behavior on the plane with Tanner. (get it ...grounded??) At this point, I don't think she cares...she's flat out in her crate with an ice bag on her head.

Let us know well in advance when ur plannin' on takin' Lacie out...we wanna make sure we have enough popcorn and coke for when we read ALL ABOUT IT on ur blog.

We just finished readin' bout date 2 and 3. Um...Mumsie's having some type of seizure...about the Asta Marie de bark el....good grief, Petey...figures Dewster would set her up so he could hoard all the balls at their house. She couldn't remember ur name? She kept mentionin' her exes??? I don't know what to bark, Petey. Women...ya can't live with em or without em....

Um...have ya thought bout takin' Girlgirl out? Might be a little easier for ya, Man...

Poor Petey, finding the right gal is so hard. It took me 8 years to finally find a girl that I was willing to call my girlfriend, have patience my friend.

Poor Petey... I am sure your 'Ms Right' is waiting for you to sweep her off her paws and make her heart flutter.

Mica, I am sure you can dish out loads of good advice for Petey but do be gentle on Petey's little heart! *Oh if you are still interested in my Hammie Sister (Moosie), I can mail her over to you... Just add the salt and pepper yourself cos I don't know how much you like. *hiak hiak*...

Hi Mica! Congrats on your award!

It's so sweet of you to help out with Petey's love life. Hope he'll find the love of his life soon! Maybe ringing up Dr.Love is a good idea too.